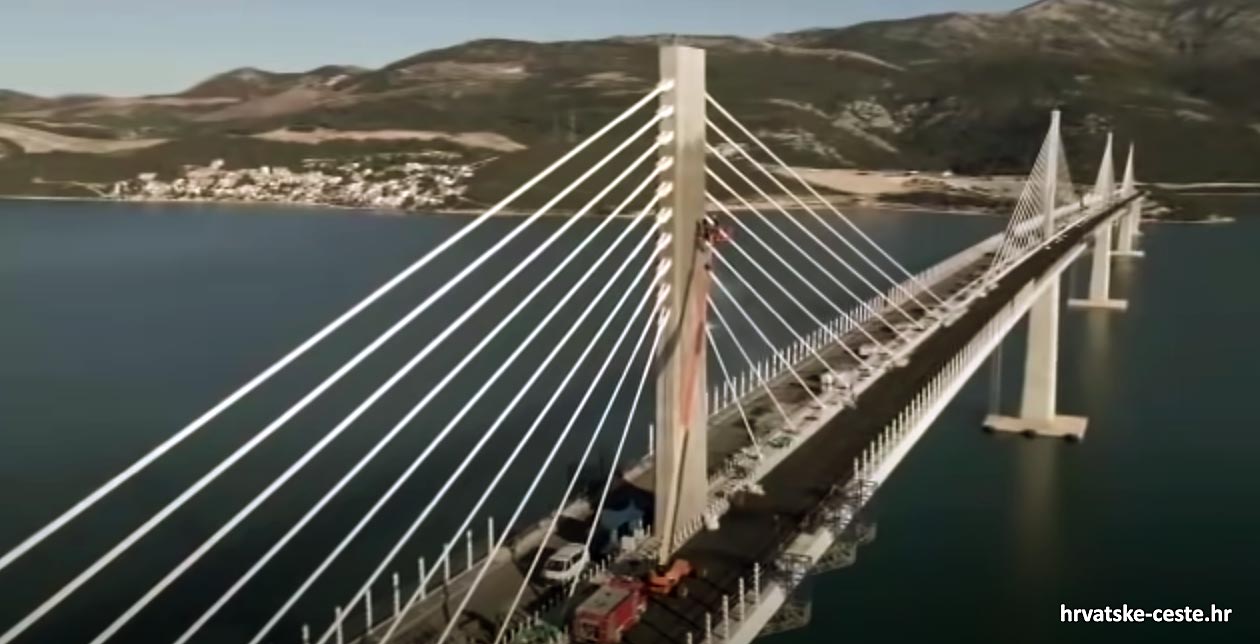 The works on the Peljesac Bridge are nearing completion. All works should be completed by the end of the month, followed by a technical inspection and the issuance of a use permit.

Hrvatske Ceste says that a fence for wind protection is being erected on both sides of the bridge and a protective, repellent fence on the inside.

Works on casting asphalt on both sidewalks of the bridge were completed in November 2021.

A wearing layer of asphalt will be laid this month. Preparations have also begun for the technical inspection of the Peljesac Bridge.

The specificity of the Pelješac Bridge project is the concrete that was installed, which has a strength that has not been realized in any project of this kind in Croatia and is designed to ensure the durability of steel load-bearing structure for 105 years.

Video Aerial Footage and interior of the bridge

The launch of the Pelješac Bridge and part of the access roads to the Ston bond is planned just before the start of the summer tourist season, sometime in June 2022.